- Includes over 3,080 photographs, including more than 1,500 brand new images (not previously published).

- features individual detailed accounts for over 500 different species across more than 117 genera, as well as photos of an additional 500+ species illustrated (not in the first edition).

Following the worldwide success of their best-selling 2013 work, Ron Parsons and Mary Gerritsen – two of the world’s most accomplished orchid experts – have updated, enhanced and lengthened their landmark manuscript to bring you this exquisite four volume, second edition master piece!

A Compendium of Miniature Orchid Species Volumes 1, 2, 3 & 4 Second Edition comprises 2,270 pages (with each volume consisting of approx. 550 pages). Over forty five years in the making, the result of the authors’ many hundreds of field trips and complemented by input from orchid experts from across the globe, this set of volumes is the seminal work on the subject of miniature orchids.

Produced with both novices and experts in mind, this exhaustive and accessibly written work features individual detailed accounts for over 500 different species across more than 117 genera, as well as photos of an additional 500+ species illustrated (not in the first edition).

This enhanced second edition set is published in a smaller format than the original first edition books, making them easier to handle and review.

Sold exclusively as a set of four books together.

In stock and ready to ship!

Orchids represent probably the largest of all flowering plant families on Earth and are renowned the world over for their exquisite flowers. Their remarkable blooms occur in all manner of size and shape, and orchid flowers range from some of the smallest and most diminutive in the plant kingdom to some of the largest and most flamboyant. Historically, the most popular orchids in cultivation have been those with large, showy flowers, however a significant proportion of known orchid species are far smaller. Within this group lie the true jewels of the orchid family, the miniature orchid species, which can produce some of the most unusual and often spectacular flowers of all. A Compendium of Miniature Orchid Species, presents a richly illustrated insight into the very finest epiphytic and lithophytic miniature orchids currently in cultivation, focusing not only on those species with remarkable flowers, but also the many species that are grown for their striking leaf and plant forms.

Produced with both novices and experts in mind, this exhaustive and accessibly written work features individual detailed accounts for over 500 different species across more than 117 genera, as well as photos of an additional 500+ species illustrated (not in the first edition). Each of the detailed species accounts includes nomenclatural and etymological information, as well as cultivation guidance and notes about habitat, conservation status and similarities to other orchids. The species entries also incorporate newly published taxonomic data that is also reflected in the extensive cross-index of orchid names and synonyms, and all species are generously represented with numerous photographs, including images of other species with which they are easily confused.

These volumes offer (1) the most comprehensive, illustrated reference for miniature orchid species published to date; (2) a uniquely detailed overview of selected miniature orchid species and cultivars from across 117 genera in an encyclopaedic format; (3) over 2,800 full-colour, small and large format photographs that document each of the species covered (including more than 1,500 brand new images not previously published); and (4) the first print published images of a number of different species.

A Compendium of Miniature Orchid Species is up-to-date, comprehensive, fully illustrated, and visually stunning. The work has been prepared so as to remain accessible to specialist and non-specialist audiences alike without compromising on valuable technical detail. As such, it represents an important reference book for miniature orchids, offering a spectacular overview of a group of plants that will appeal to botanists, naturalists, ecologists, conservationists and horticulturists.

• With a foreword by Adam Karremans

• An Introduction to the Orchid Family chapter offers a broad overview of the orchid family as a whole; information about orchid nomenclature; an illustrated guide to the morphology of the different orchid flower types, orchid pollination mechanisms, and also the various types of orchid plant habit, stems, roots, leaves, pseudobulbs and inflorescences that one might encounter.

• The Habitats of Miniature Orchids and their Conservation section introduces the conservation issues facing orchids in nature; an illustrated guide to the types of habitat that they are found in; and an explanation of the different assessment categories that exist to help monitor and regulate orchids in the context of plant conservation.

• The comprehensive Miniature Orchid Culture section addresses the specific cultural needs of miniature orchids, with guidance on temperature; light and lighting types; humidity; air movement; water quality, watering frequency, volume and temperature; application of fertiliser; the different types of growing areas suited to miniature orchid culture and how they are managed; potting, mounting and labelling of plants; and finally an explanation of good hygiene practices and the most commonly encountered orchid pests and diseases. 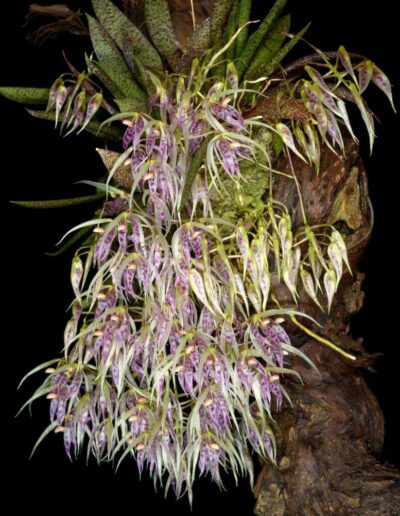 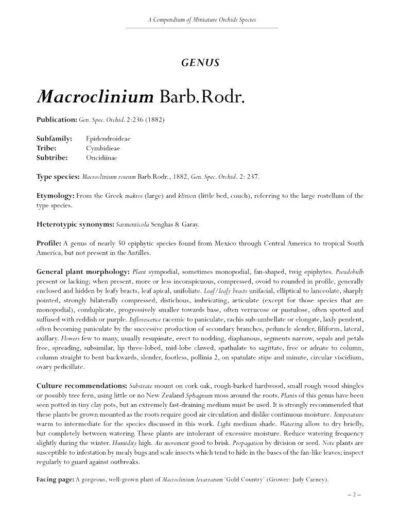 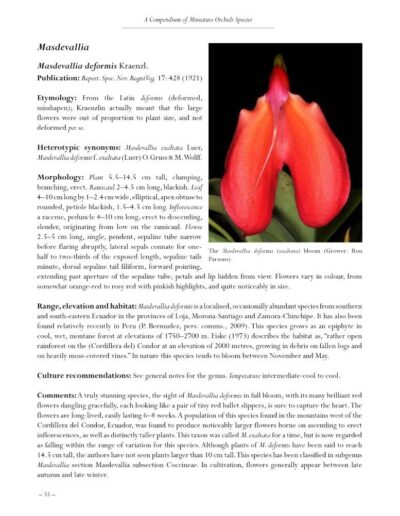 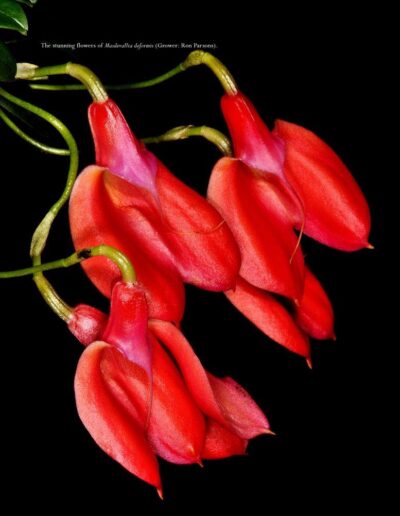 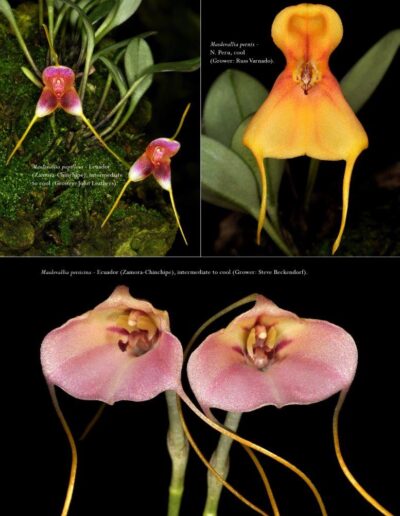 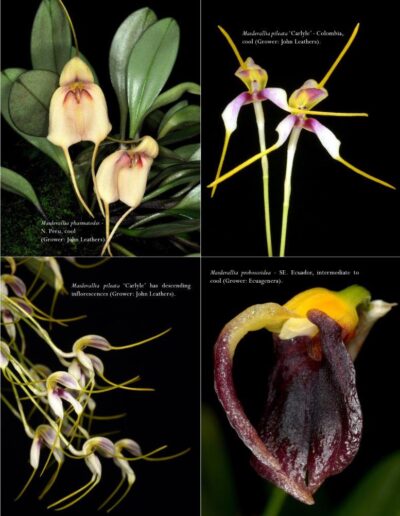 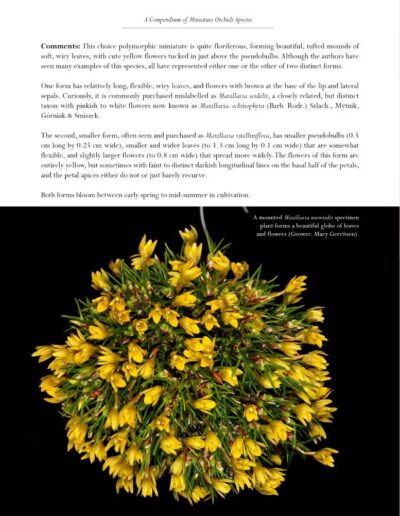 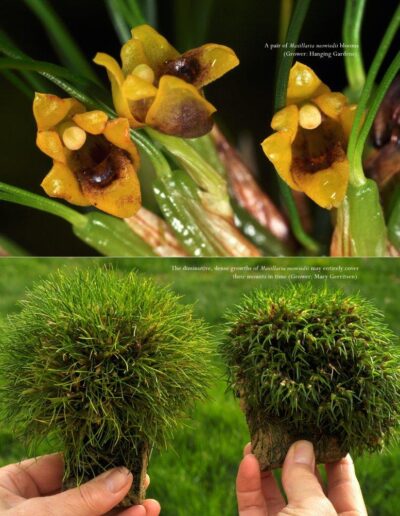 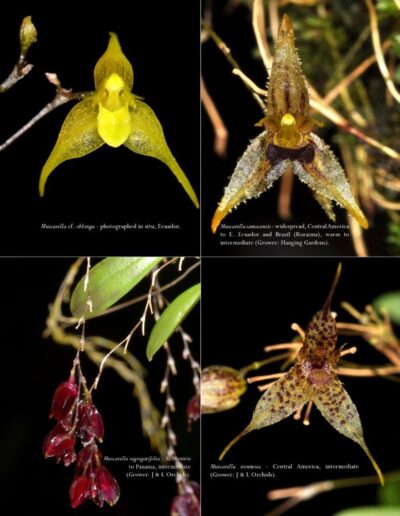 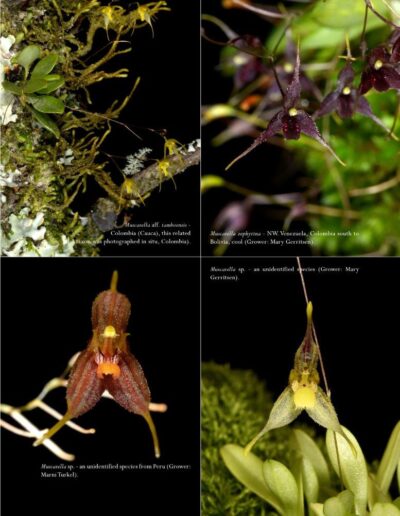 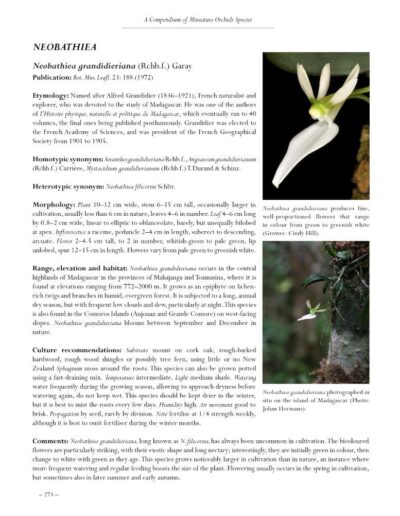 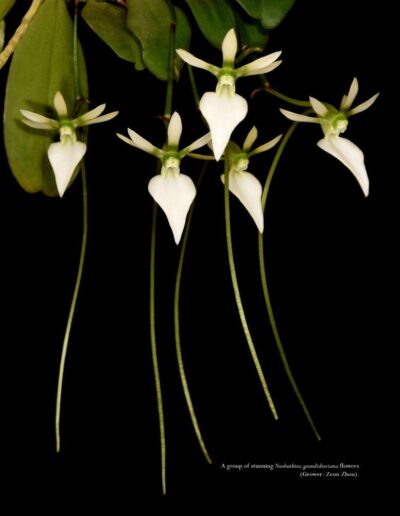 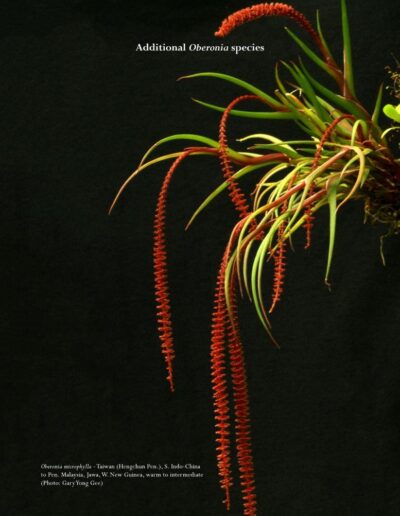 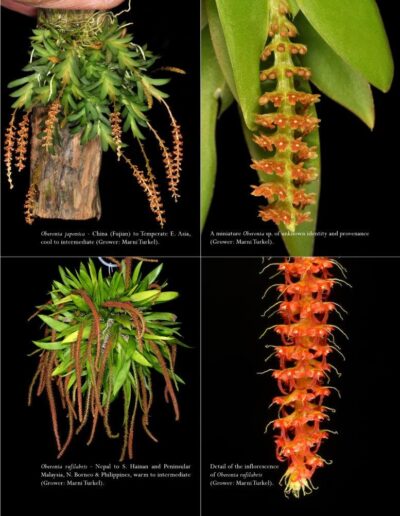 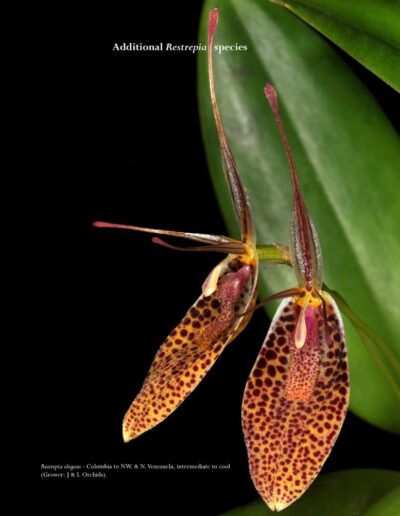 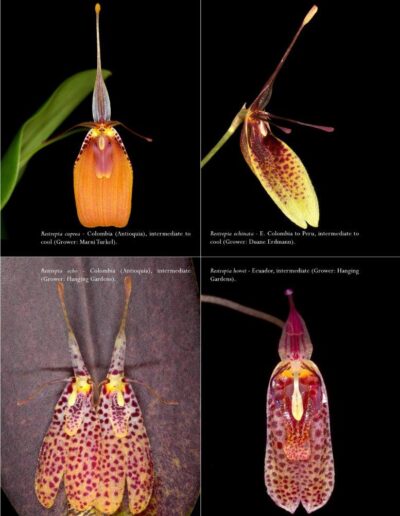 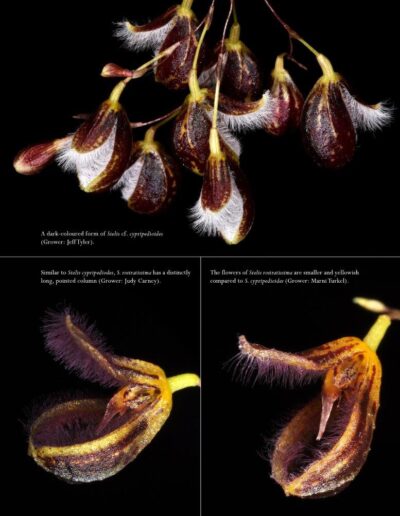 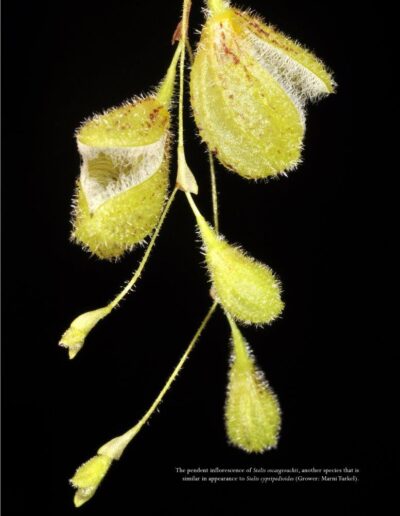 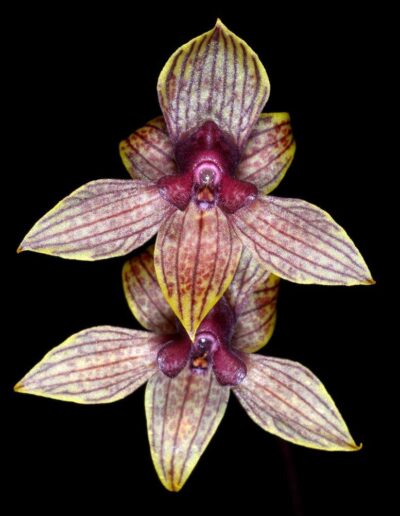 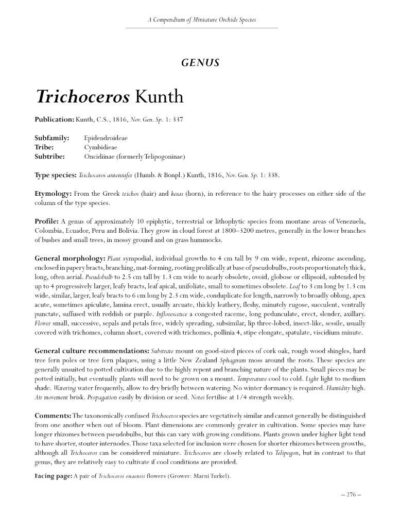