Few copies remain—please contact NHBS below if you wish to purchase this title!

This limited Collector’s Edition of Britain’s Treasure Islands book is hand-bound in beautiful navy-blue leather. It also features specially crafted blue- and gold-marbled endpapers at the front and rear. Moreover, all pages are gilted with gold, along with gold and red foil artwork on the front cover, back cover and spine. 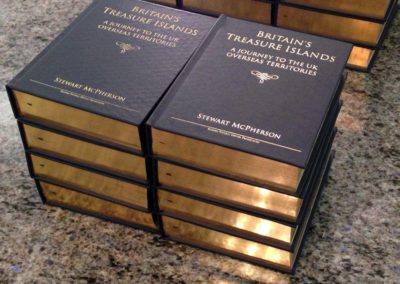 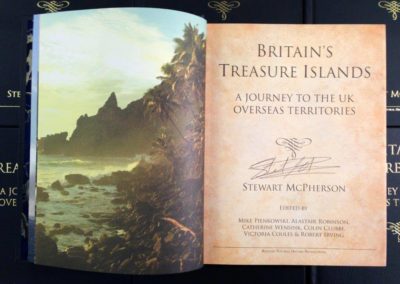 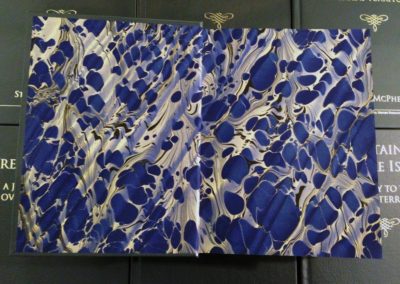 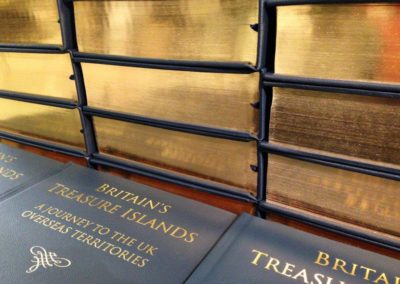